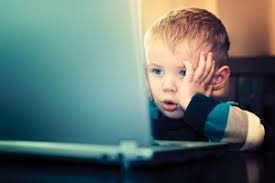 I have no words, so today I reach to Katie Kindelan for hers. The following is reprinted from ABC News  website

When Vickie Nieto digested the news this morning that at least 58 people died in a mass shooting in Las Vegas, the first thing she thought about was what she would tell her two daughters, ages 10 and 14.

Over 50 dead, 400 injured in Las Vegas after deadliest shooting in modern US history
Country music star Jake Owen on Las Vegas shooting: ‘It was like a bad movie’

Nieto said her fifth grade daughter is “already scared about school shootings because they have to practice for them at school.”

But this morning, many people like Nieto woke up to the news of a mass shooting at the Route 91 Harvest Music Festival in Las Vegas, where a gunman opened fire on a music festival crowd, starting just after 10 p.m. local time Sunday. At least 58 people were killed and 515 were injured.

In the wake of the shooting, the Las Vegas Police Department said authorities responded to a hotel room on the 32nd floor of the Mandalay Bay hotel, where police said the suspected gunman, 64-year-old Stephen Paddock, was dead. Police said they believe Paddock, of Mesquite, Nevada, killed himself prior to police entry.

Many parents and caregivers were faced with conversations about the mass shooting even before children left for school.

‘Parents should let their kids know that, ‘I’m here to answer any questions you may have, any worries you have we can discuss,”

For others, the conversation about the tragedy could begin when kids return from school, after they may have heard about the shooting from classmates or teachers.

“It’s important for parents to start the conversation,” said Robin Gurwitch, a psychologist at Duke University in Durham, North Carolina. “As much as we would like to wrap our arms around our children and try to keep anything bad from getting through, it’s unrealistic that we have that ability.”

Gurwitch, also a member of the National Child Traumatic Stress Network, said that the conversation parents have with children should be age-appropriate.

For children old enough to understand what happened, parents should focus on letting them know that they are not in specific danger.

“Help them understand that there was a shooting in Las Vegas and many families were out listening to music when somebody, for unknown reasons, started shooting people,” Gurwitch said. “And tell them that because the police responded so quickly [the suspected gunman] is no longer a threat.”

Dr. Lee Beers, a pediatrician at Children’s National Health System in Washington, D.C., said a tragedy does not have to be a trauma for children if it is “buffered by good, strong and caring relationships, by the adults around the child.”

She also recommends different responses for different ages, and individualizing the approach for each child.

Preschool age: This is a time when parents have a high level of control over what their children see and hear so it does not need to be brought up unless a child hears about it first. In that case, Beers recommends making sure the child knows you are there to answer any questions.

Elementary school age: This is an age when parents should preemptively help their child know about the tragedy and share basic details and leave the door open for them to ask questions, according to Beers.

Middle and high school age: Beers advises having a more detailed conversation with children. Start by asking questions like, “Have you heard about this?” and “What do you think about this?” to find out what they know and what may be bothering them.

In the Las Vegas shooting, videos taken by onlookers and shared on social media gave a glimpse of the chaos during and after the shooting.

“So hard to raise a child in this country these days,” posted one mom on Facebook. “There doesn’t appear to be anywhere that’s safe.”

Gurwitch said the visual aspect of the shooting should give parents even more of a reason to speak with their children openly and candidly, according to their ages.

“Parents should let their kids know that, ‘I’m here to answer any questions you may have, any worries you have we can discuss,’” she said. “Check in at the end of the day to see what their friends were talking about at school and what they saw on social media so they have an idea of where they’re starting from and how to continue the conversation.”

Seeing frightening images repeatedly can be traumatic for children, so talking about the images and limiting exposure to them can be important.

“Repeated exposure to viewings really does increase the stress and trauma in your emotions, in the way that you respond to it,” Beers said. “It’s very tempting to watch the coverage 24-7 so I think really self-limiting that is really important because that repeated exposure escalates the emotions and escalates the feelings.”

Nieto said she recognizes how upsetting the images on TV and social media can be.

Nieto said she “always has conversations” with her daughters about tragedies like today’s, but is struggling for what to say in the wake of yet another shooting.

“This is very upsetting for them to have to hear about this again, because it happens all the time now,” she said.

Older children in particular may have concerns because the Las Vegas concert shooting happened so soon after the May 22 bombing at an Ariana Grande concert in Manchester, England, killed 22 and left more than 100 injured.

Both Gurwitch and Beers advised parents find ways they and their children can help those affected by the shooting, like first responders.

“Little children can draw pictures and older children or teens can write letters,” Gurwitch said. “Sending these to Las Vegas Police, EMS, Fire and/or local responders to thank them for what they do every day can help children feel that they have taken a positive action and the boost to responders is priceless.”

Nieto described one reaction she had to the shooting as being scared to “go anywhere” out in public.

“It terrifies me to even go to the store, especially with my children,” she said. “Because you never know who has a gun these days.”

Gurwitch shared language parents like Nieto can use to reassure both themselves and their children that it is safe to continue life as normal, while being alert to safety issues.

She recommends parents say something like: “I also know that there are a lot of people that this is their job to keep us safe, so I’m going to continue to do the things that we like.”

If parents and caregivers notice children are overly worried or having trouble focusing at school or at home, Gurwitch said to not delay in reaching out for help, and to have patience.

“Acknowledge that there may be a little bit of extra help that is needed with homework, care and attention around bedtime, and that’s true for younger children as well as teenagers,” she said. “If you don’t know what to do or what to say, there are people you can turn to ask what you can do for your child.”

And some more: Mass Shooting in Las Vegas: How to Talk to Students
and  National Child Trauma Stress Network