We arrived at the beach house, where Marianne and her family had returned for the weekend. We gathered around the kitchen table telling stories of our adventures, but I already felt removed from the day’s events.  My thoughts turned inward as I anticipated saying goodbye to Garth. I knew that when the iced tea was gone, that Garth would be driving back to Clair and his farm, and that I may never see him again.

When the time came, I dragged my feet as I walked him out to his car.

“You know I wouldn’t have taken just anyone caving,” Garth said.

“Yeah, you said you hadn’t done it in a long time, What made you say yes to me?”

“It was just something about your voice,” he answered. “I liked your voice and your spirit.”

He surprised me with a hug so hard that I thought I might break in two.

As he drove off down the beach road, I thought about the many types of love we experience, if we are lucky, throughout our lives. The depth of feelings generated by  the unexpected connection forged with Garth was not unlike some of the strong emotional currents I have often felt with children passing through my care in hospitals. I’ve often wondered if it’s just me. Do I fall in love a thousand times too easily? Or do others feel the pangs and elation that I do when my spirit resonates with someone else’s, stranger or friend, child or adult?

One thing for sure, it was not easy to part with such a wonderful new friend and to leave the beauty and peace of Lang’s Beach.  But leave I did. Matt and his family awaited me in Christchurch and Naomi waited in Kaikoura. Naomi had been another guide on our kayaking trip. She’d since visited us in New York, and now it was time to check out her stomping grounds on the South Island. Then, hard to imagine now, I would be heading home.

The plot twist for this leg of my  journey was all my bad. I managed to miss my plane by misreading my itinerary. As Marianne and her husband drove me to the airport, I figured out the mistake. My heart sped up as I realized that there was no way in hell I was going to make my plane. Marianne pulled up across the street from the terminal and popped the trunk. Our goodbye was hasty as I grabbed my suitcase and futilely ran across the street and through the glass doors, trying to breathe deeply and slowly to calm myself down.

The ticket agent smiled at me as I struggled with my suitcases and my passport.

“Don’t worry, you can just hop on the next plane in an hour.”

“How much will that cost?” I asked warily.

“Nothing. This isn’t a problem,” she answered.

And much to my amazement and relief,  it wasn’t. Catching the next departure, I settled into a window seat on the small commuter plane. It was a short flight through bright afternoon skies,  the South Island rising up to greet me as the plane touched down in Christchurch. A shuttle bus gave me a glimpse of the city as it made multiple stops on the way to  the hotel, a sleek, modern box not too far from the airport. I splurged on room service for dinner and then sank gratefully into the clean sheets, setting my phone alarm for early the next morning.

The ringtone of Natalie Merchant’s Wonder wafted into my consciousness at 7am. I was so excited to see Matt, and I also wanted to make sure that I had time to eat breakfast and write in my journal. A few hours later, as I waited for  in the lobby, I wondered what it would be like to hang out with him and Helen. Would we click the way we had out on the Strait? Would it be awkward? How much time could they spend with me and how much time would I be alone? I assumed they were busy people between work and having two kids. That relentless anxiety of being on my own crept in, smudging over the recent accomplishments of  my alone time at Lang’s Beach.

But all worries evaporated when I saw Matt. I hugged him unabashedly and our friendship commenced right where it had left off six years ago.

Matt’s mother-in-law and his twin eleven month-old daughters awaited us in the car. We toured Christchurch, stopping at the makeshift temporary church that the diocese erected when the 2011 earthquake rendered the original Christ Church uninhabitable. 185 People died in the second deadliest earthquake in the country’s history, and the city had far from recovered. The devastation of the city was heartbreaking. Two years following the earthquake of 2011 and there were still many empty lots filled with rubble and ruined buildings gaping in despair. Matt said it will take twenty years to rebuild. 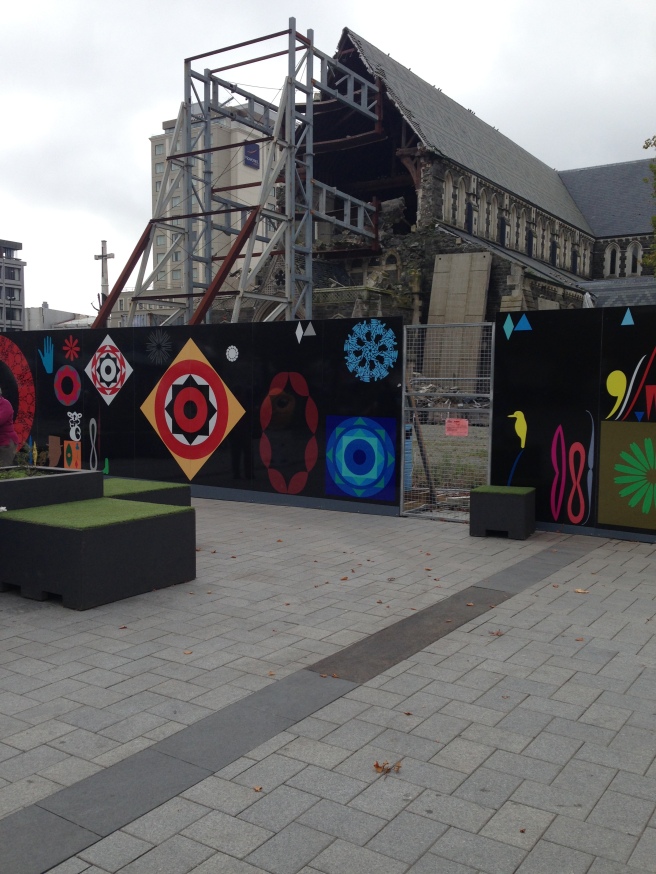 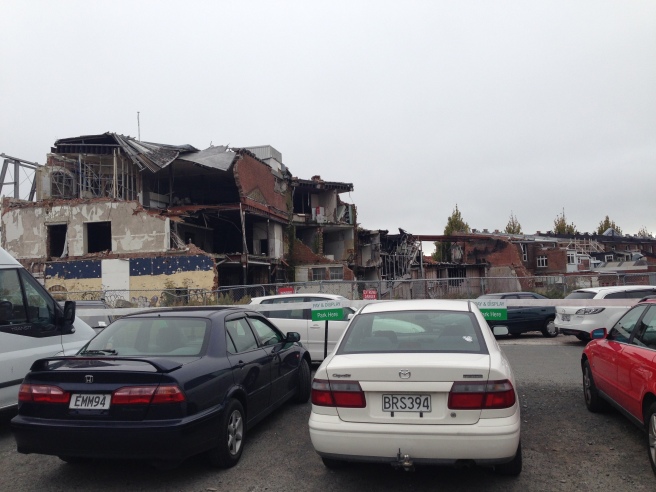 We ate lunch in Lyttelton before we followed the winding road to a sweet, small town on the coast. The neighbor’s cottage abutted  Matt and Helen’s property on a quiet country road flanked by horse meadows and a dune- fringed beach. The cottage overlooked an enchanting garden, fully equipped with a tub and a fire pit underneath for outdoor bathing. 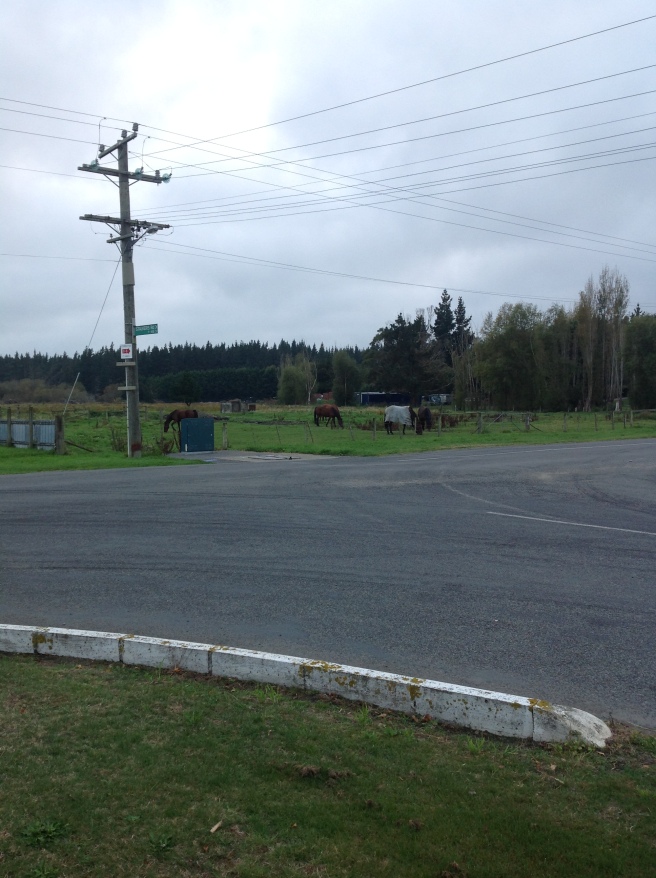 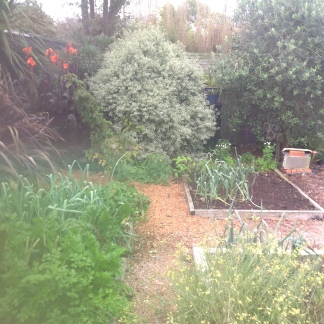 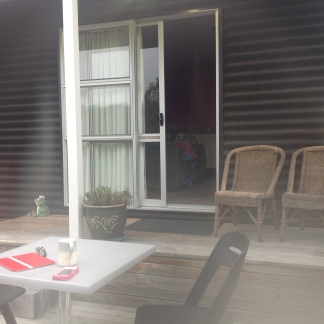 Worries about being lonely were unfounded and quickly soothed. The cottage provided the perfect balance of privacy and proximity to Matt and Helen’s cozy home.  A routine quickly formed – tea and cereal in the garden, accompanied by birdsong, and the occasional squawk from the neighboring rooster. I meditated and journaled before skyping in with Mark. Then, I would close up the cabin and trot around the corner to Matt and Helen’s house, hitching open the quaint latched gate to their yard, and ruffling their dog’s ears as I passed her on the porch. 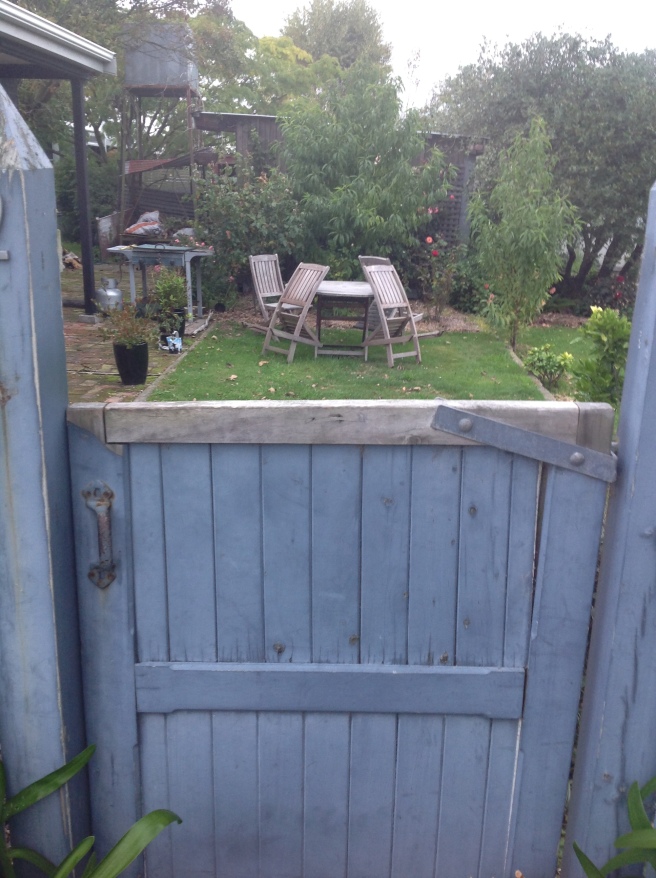 Over the week, I enjoyed witnessing the rhythm of their family life. They had a brilliant schedule for the twins, with Matt taking on the lion’s share of parenting while Helen worked as an administrator at the airport. The presence of Helen’s mom made it possible for Matt to spirit me away for some outdoors sightseeing, which was such an unexpected treat for me.. Matt had some adventures lined up  for us and we discussed the possibilities over dinner that first night. We settled on plans for more cave exploration and a day trip to Arthur’s Pass in the South Andes Mountains. 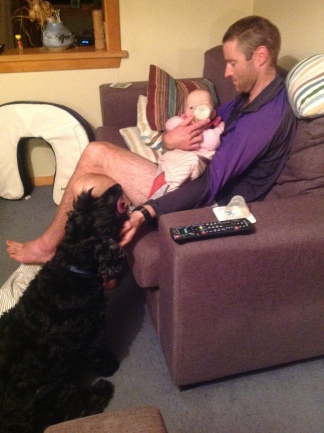 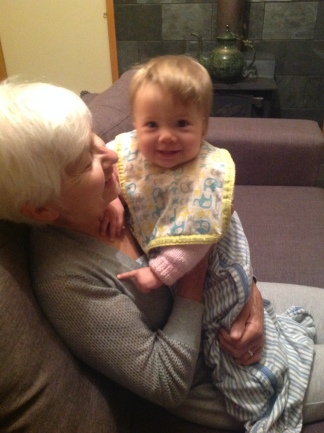 Our drive out to the mountains gave us plenty of time to catch up on each other’s lives and get to know one another better. Much like this New Zealand adventure, my camping trip on the Johnstone Strait in British Columbia with Matt had been an amalgamation of firsts for me: first attempt at ocean kayaking, first camping trip, first vacation with a friend without Mark along. Like a younger version of Garth, Matt was a skilled guide accustomed to amateurs. He knew how to meet me at my skill level and scaffold me to higher performance and more endurance. His patience, kindness, and sense of humor boosted me out of my comfort zone, and I was able to withstand eight-hour paddles in rough water. In a few short days, I went from tentative paddling in a double kayak to coasting solo on the wake of a giant cruise ship, yelling “Yeehah!”

During my cancer treatment, I’d recalled my initial fears of that adventure and how I had faced them with Matt’s support. The memory of how far I had come, the confidence in my body, and the strength that I developed on that kayaking trip, all became a reminder for me as I faced scary firsts in treatment. I told myself repeatedly that I could face the unknown and do scary things with the right support. Meeting up with Matt on the other side of the world now, after surviving cancer, felt like coming  full circle. Our conversations on the mountain drive gave me the opportunity to thank him for all he’d done for me back on the Strait and explain how it reverberated throughout my medical experience.

A panoramic view of mountains, foothills, and clouds surrounded us, as we pulled into the parking lot adjacent to the cave trailhead.  I grabbed my gear and headed to the public bathroom to change into appropriate caving apparel. Matt had supplied headlamps, neoprene gloves and booties, fleece leggings, long underwear and “jumpers,” waterproof outer gear, and woolen hats. As I pulled on my layers, I thought about the trust I placed in him to keep me safe, first on the Strait, and now entering into an underground cavern. I had trusted the doctors at the hospital as well, as I followed the dark pathway of their many-layered regimens for ridding my body of cancer. Garth came to mind too, and how he’d met my trust with so much appreciation, respect and humor.  A synergy between vulnerability, trust and risk taking unfolded before me in all of these experiences. The Universe was asking me to do my part, while supplying all the necessary support in order to make all things possible. I strapped on my headlamp and headed out to meet my next adventure. 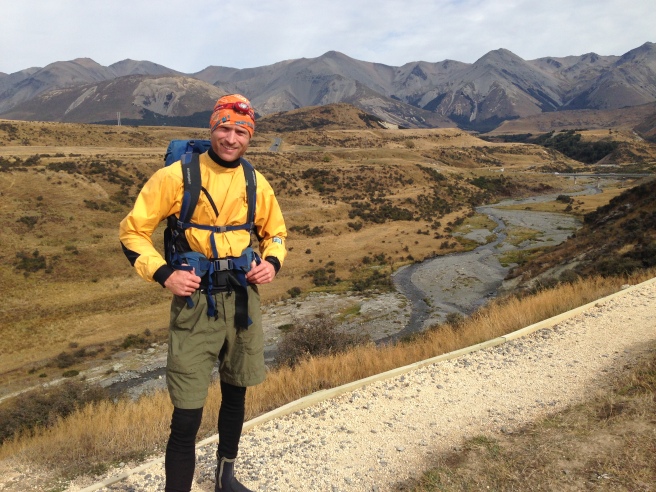 Dear newcomers to my blog,

Driving the Camel is a memoir that I am publishing as a serial on this blog. It follows my adventures as a child life specialist during a transformative year of my life when I battled breast cancer and travelled the world. It includes reflections on my past work as a child life specialist, my personal life and stories of the wonderful people I met on my travels. You can find previous chapters in the side menu categories (or scroll down on mobile devices) under “Driving the Camel: Adventures of a Child Life Specialist.